relevant arts and cultural programming make a positive difference in creating a sense of belonging, fellowship, and community that enriches all;

access to different perspectives gives us deeper understanding of the world in which we live and helps us see more clearly what unites us as well as what makes us each unique;

responsible stewardship and partnerships enable us to leave a lasting legacy of cultural enrichment.

A vibrant, engaged, and enriched community through arts and culture.

Inspire and invite participation in the cultural conversation.

The Colonial recently adopted a new Strategic Plan. You can view it here.

The Colonial Theatre is the home of arts, film, music and culture in New Hampshire’s North Country. Located in the heart of The White Mountains in Bethlehem, New Hampshire, the historic Colonial Theatre is one of the oldest continuously operated movie theaters in the country. When The Colonial opened its doors in 1915, the era of the Grand Hotels was in full swing and Bethlehem was a premier destination resort. Because of its sophisticated clientele The Colonial quickly became a venue for studios to test market their films. With its rich history The Colonial remains one of the remaining links to the era of the Grand Hotels as well as a significant chapter in the history of the film industry.

Now, after a series of renovations and improvements, the 300-seat Colonial offers state-of-the-art digital projection and surround sound for independent and world cinema, hosts Grammy award-winning performing artists, family entertainment, and community events from May through October—all without losing the intimate charm of a vintage summer theater.

The Colonial Theatre is on New Hampshire Registry of Historic Places and was named “Best Vintage Movie Theatre” by Yankee Magazine. 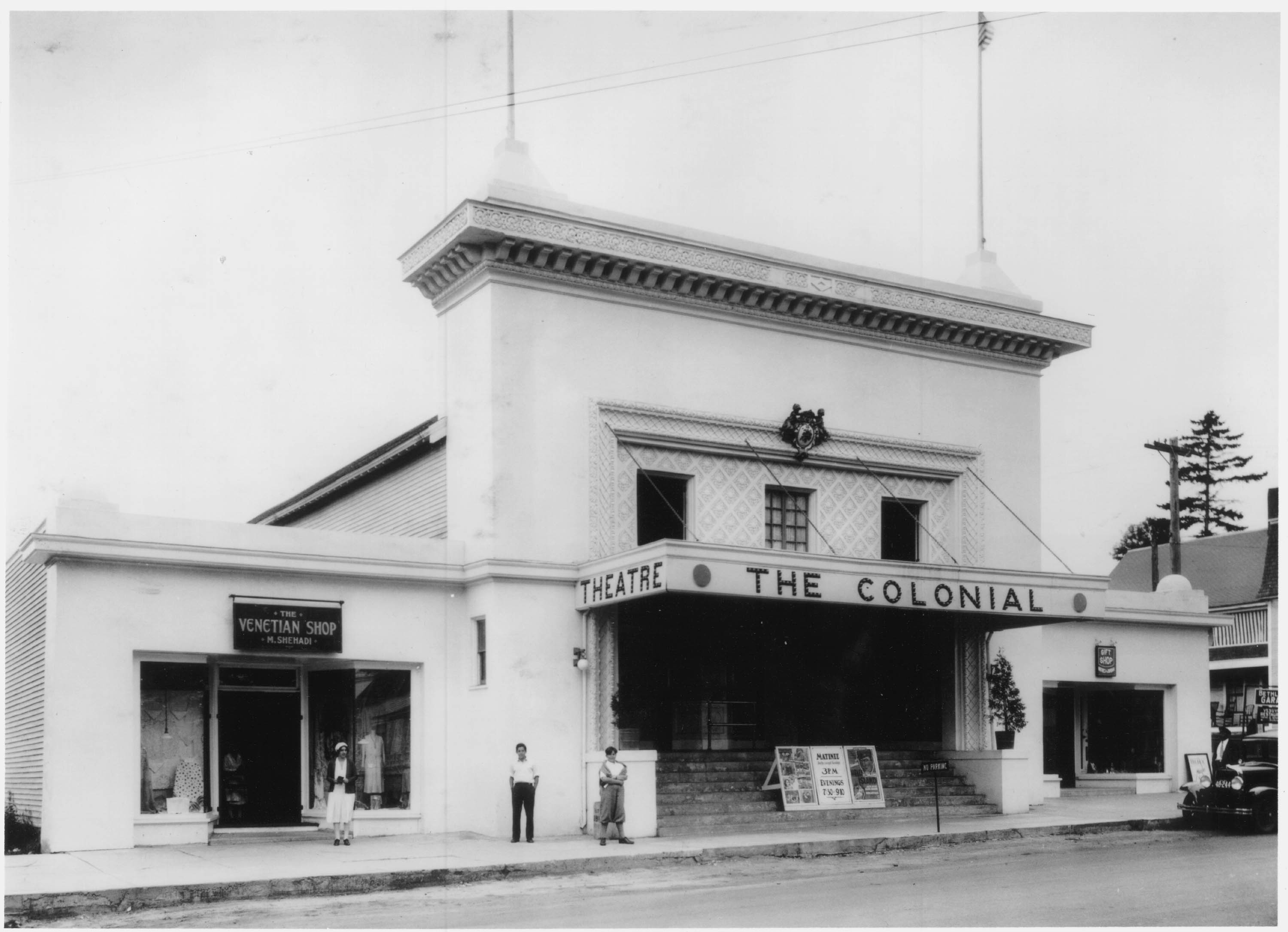 The Colonial Theatre was built by Karl Abbot, scion of Bethlehem hotelier Frank Abbott. In the summer of 1914, as documented in K. Abbott’s 1950 memoir Open for the Season, Abbott, and with his then partner “Doc” Clark, brought the new century to northern New Hampshire first by converting the family stables to house Humpmobiles, “flivvers” and Stanley Steamers, and secondly by housing that other most significant icon of those “Modern Times”. “The vacant lot across the street at which I happened to be looking suddenly took on a vision — before my eyes rose a modern movie house with electrically lighted marquee.” By spring of the following year construction was complete and the Colonial Theatre opened for business July 1, 1915 featuring Cecil B. DeMille’s The Girl of The Golden West. 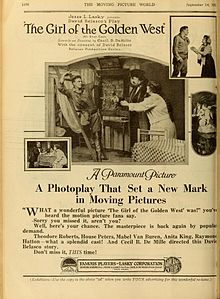 Account ledgers of that year note a payment to the architect “Kennard”. Francis J. Kennard of Tampa Florida was introduced to Karl Abbott on the occasion of the construction of the Gasparilla Inn at Boca Grande, Gasparilla Island, Florida, which Abbott was opening circa 1910. Kennard already had a reputation, having designed the largest wood framed building in Florida, the Belleview-Biltmore Hotel in Bellair (1896) with architect Michael J. Miller, and would go on to design many other significant buildings in the area including the Lee County Courthouse, Fort Meyers (1915), Old Pinellas Country Courthouse, Clearwater, (1917), additions to the Old Polk County Courthouse, Polk County (1926), and the restored Floridian Hotel in Tampa (1927) — all but the latter listed on the National Register of Historic Places.

During the teens and 20’s Bethlehem held the distinction of being the premier summer destination resort in the northeast with over 30 hotels (sadly, most are gone or derelict) and 4 trains arriving daily. Recognizing the diverse and cosmopolitan nature of the summer population, Hollywood studios used the Colonial Theatre as a test market for their films. The Colonial remains a significant architectural link to both the history of motion pictures and the era of the grand hotels.

Building on his father’s purchase of the Uplands Hotel in Bethlehem in 1886, Frank H. Abbott and Son became one of the pre-eminent owners and operators of grand hotels in the White Mountains, with holdings in Florida, North Carolina, New York State, and Boston, as well. Locally, in addition to the Uplands, they owned the Forest Hills in Franconia, and one of the most successful resorts of its era, the Profile House in Franconia Notch.

In 1922, overwhelmed with the operation of the Profile House, Karl sold the Colonial, still legally owned by Abbott and Clark, to local resident, and president of the Interstate Amusement Company, Jack Eames. The transaction was negotiated on an impulse when they happened to meet on the night train to Boston. The Theatre remained with the Eames until it was purchased by The Friends of the Colonial.

The Friends of the Colonial was formed in the winter of 2000 with the mission:

Through relevant arts and cultural programming, we nurture the heritage and prosperity of the communities we serve. 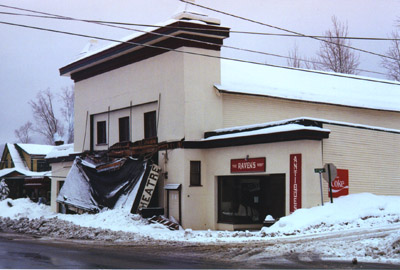 By this time, sadly in need of repair and operating only a few weeks in the summer, The Colonial contributed little to the cultural or economic development of the area. The urgency of the Friends mission was underscored when the heavy snows of the winter of 2000-01 collapsed the marquee of this historic building. Paradoxically, this misfortune served to highlight the importance of this facility as a community treasure and potential resource among local residents.

With renewed energy the Friends negotiated a lease option with the owners, raised the funds for a part time director and house manager, and presented its first season in the summer of 2002. The first season of programming was an overwhelming success exceeding attendance and membership goals, attracting new partners and volunteers, and most importantly, inspiring the community with a vision of new possibilities.

Since that time the Friends of The Colonial has: 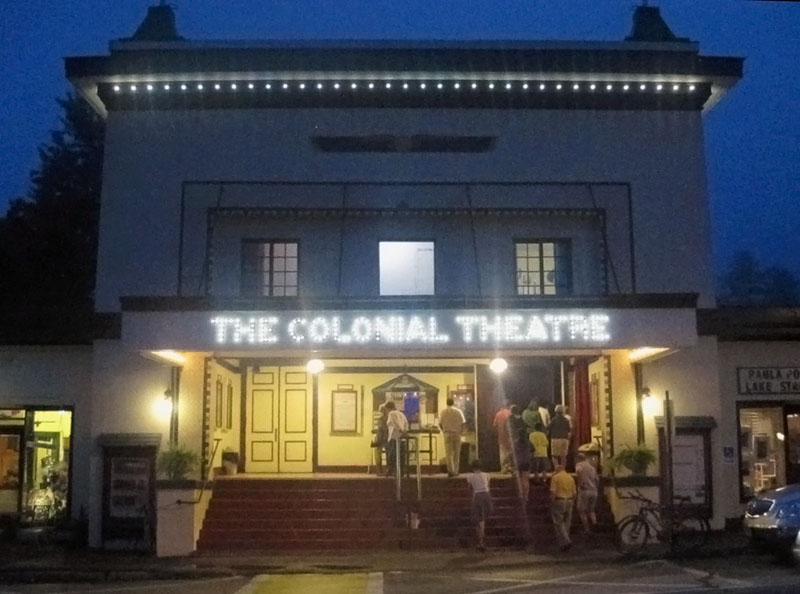 Each year, in accordance with its long range plan, the Theatre has sought to fulfill its 3-part mission of arts presentation, historic preservation and economic development by broadening its programming, improving the facility, attracting increasing audiences to Bethlehem’s Main Street. The Colonial Theatre has been recognized as a model for rural small town economic development and arts accessibility.