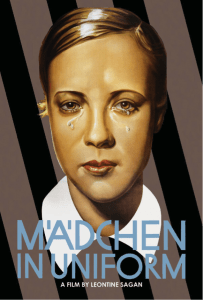 A vital landmark in the history of queer cinema, Mädchen in Uniform is a remarkably brave and honest film about nascent love between women at a boarding school for girls. Vulnerable and quiet, Manuela von Meinhardis (Hertha Thiele) struggles to adjust to the stern discipline of the heavily-regimented institution. In time, she gains confidence through a friendship with one of her teachers (Dorothea Wieck). But no relationship between women, no matter how chaste, is to be permitted, and under the constant threat of punishment or expulsion, Manuela desperately tries to keep hope and love alive. Beyond its acclaim as a groundbreaking work in LGBTQ culture, Mädchen in Uniform has also been hailed as a timeless fable of the struggle of the innocent against the totalitarian forces of oppression-especially poignant since it was produced in Germany amidst the rise of the Nazi Party. 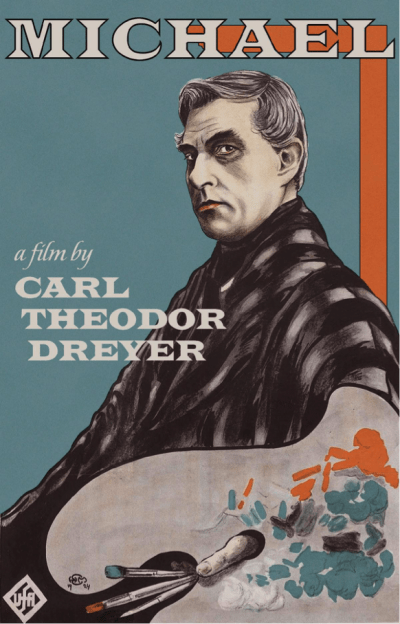 Danish film master Carl Theodor Dreyer’s Michael is a mature and visually elegant period romance decades ahead of its time. Michael takes its place alongside Dreyer’s better known masterpieces as an unusually sensitive and decorous work of art and is one of the earliest and most compassionate overtly gay-themed films in movie history. Collaborating with famed German cinematographers Karl Freund (Metropolis, The Last Laugh) and Rudolph Maté (Passion of Joan of Arc, DOA) Michael offers the first fully realized example of Dreyer’s emotionally precise, visually extravagant style that would be perfected in his subsequent masterworks such as Joan of Arc and Ordet. 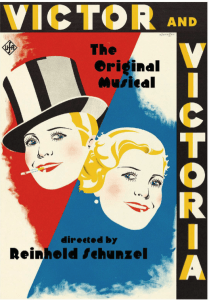 In this dazzling musical romance, a young woman (Renate Müller), unable to find work as a music hall singer, partners with a down-and-out thespian (Hermann Thimig) to revamp her act. Pretending to be a man performing in drag, Victoria becomes the toast of the international stage. But she soon finds that her playful bending of genders enmeshes her personal and professional life in a tangle of unexpected complications. Produced in the final days of the Weimar Republic, Victor and Victoria received limited exposure in the United States, and is today best known by Blake Edwards’s 1982 remake and the 1995 Broadway production. Viewers will be delighted to discover that the original is every bit as charming and outrageous, reminiscent of the sly sex comedies of Ernst Lubitsch and Billy Wilder.

“An impressive blast of Weimar decadence… As the inevitable romantic complications ensue, what emerges is a movie with surprisingly tangled gender politics and a melancholy sense of romance, crossed with lively, creative musical numbers.” —Bilge Ebiri, Vulture New York

By renting PIONEERS OF QUEER CINEMA through Kino Now, you will get access to watch on your computer, phone, or tablet, or cast to your Google Chromecast or Smart TV. You can also download the Kino Now app for Roku or Apple TV (requires tvOS 9.0 or later) and watch the film there. You will have to register for a free KinoNow account if you don’t already have one. After you submit payment information, your rental period will start immediately and last for five days. For more help, email Kino Now here